Can I Put My Cricket SIM Card In Another Phone

Can You Change Phones Using the Cricket Wireless Network?

So, it’s happened—you cracked your screen, or dropped your phone in a puddle, or maybe it’s time for an upgrade just because you feel like it. If you are a Cricket Wireless customer, you maybe find yourself wondering, “Can I put my Cricket SIM card in another phone?” If you thought your initial phone purchase through, then yes. In this post, we will walk you through everything that you need to know about how to switch phones on Cricket.

How to Know if You Can Change Your Phone Through Cricket 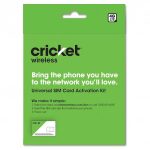 The first thing that you have to know when it comes to knowing whether or not your new phone and your old phone are compatible is: what towers does Cricket Wireless use? In other words, is Cricket GSM or CDMA? Cricket Wireless has been a GSM network since 2015 when they were purchased by and became a subsidiary of AT&T.

The fact that Cricket is a GSM network is really good news for you if you are looking to transfer the information or service from your old phone onto a new one. This is because GSM is a global service. Each GSM phone is required to have a SIM card that is compatible with other GSM phones. So, essentially, if you already have a phone on a GSM network, then you should be able to switch over your SIM card into another phone on a GSM network.

How to Switch Phones

Depending on the size of your old SIM card and your new phone’s SIM card port, switching out phones can take little to no time at all. It all depends. After you have purchased a new Cricket unlock phone, you will want to check and see what size the Cricket SIM card port is. 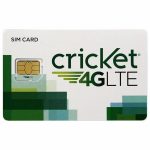 Once you’ve completed the above mentioned steps you need to update the Cricket Wireless APN Settings. We’ve included step by step guides for iPhone and Android.

Cricket is a highly compatible GSM network that makes it really easy to switch out phones. With their recent buyout by AT&T many are wondering: will AT&T phones work with Cricket? A Cricket unlock phone will definitely work on AT&T, and it is so simple to switch out phones. With the fast Cricket LTE bands offered and the convenient service, it is clear to see why many choose Cricket as their wireless provider.