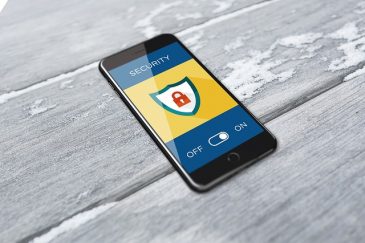 How To Unlock Straight Talk Phone

Should your Phone be Unlocked for Straight Talk?

Straight Talk is an easy to use month-to-month wireless phone service that can be purchased at your local Walmart and other retailers who work with TracFone. This phone service has grown wildly in popularity in recent years because of Straight Talk’s bring your own phone program (BYOP). Straight Talk’s phone service is the perfect service for those customers who are looking for a service that offers a contract-free data and voice service and is prepaid. This allows consumers the freedom to choose exactly how much they’d like to spend on data consumption.

What is Straight Talk’s BYOP (Bring Your Own Phone)?

Straight Talk offers cell phones that come locked. Your phone will be locked through them, as the carrier, they will unlock it for you if you should request it after the first 12 months of month-to-month use. If you should decide after the 12-month use of Straight Talk as your data and messaging service, you are free to roam to any other carrier you true.

How Do I Switch My Phone to Straight Talk?

There are essentially two different forms of carriers, one who is (GSM) or global system or (CDMA) or code division multiple access. There are carriers who are in one form and don’t typically cross over into the other because they will/not accept phones that have been unlocked. If you’re wondering how to unlock your Verizon phone for Straight Talk, this is typically done with ease, find a step by step guide for Verizon LTE APN Settings here. If you had a previously unlocked phone, there is a high chance a carrier like Verizon or Sprint may turn you away from using that phone for their data, voice, or message services.

If you acquire a phone from Straight talk and decide after a year you’d like to switch to a contracted service provider, it may be best to switch to other carriers aside from Verizon, such as T-Mobile or AT&T.

How Can I Unlock My Phone? With Straight Talk and Other Carriers?

There are easy routes to unlock Verizon phones to be used with any other carriers. The only prerequisite for this action is to ensure your phone is completely paid off and the device must not be reported lost or stolen. If you give Verizon or Sprint a call, they will likely give you a step by step guide to unlock your phone if you wish to go overseas or would like to switch to another carrier. Verizon will always unlock your phone at your request if you are active military. If you have an unlocked phone please update to the Straight Talk APN Settings. We’ve published a comprehensive guide how to do this. If you face issues with sending or receiving MMS messages please read our article for possible solutions.

If you’ve purchased an Android phone from Straight Talk, as of March 2017, Straight Talk has updated it’s unlocking conditions, but can still be done if you wish to move to another carrier. It’s as simple as calling Straight Talk’s customer service during normal business hours and obtaining an unlock code. Once you replace the Straight Talk SIM with your new carrier’s SIM, you should power off and on your phone. Next, enter your unlock code and you should be set!